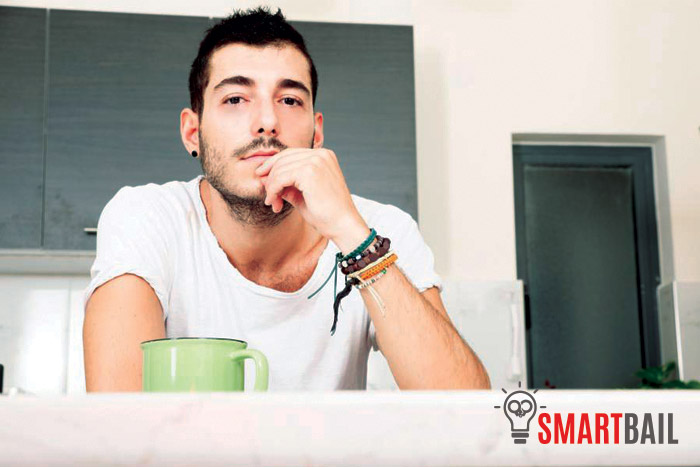 Being in college most likely means you are at least 18 years old, which also means that you can have a lot of fun but also get into a lot of trouble when the fun goes wrong. For example, you will be invited to college parties where there will be alcohol. You might not be 21 years old yet, so by law, you are not supposed to take a drink. You are the only person who can make that decision for yourself.

So maybe you do, and you end up driving yourself home – or tried to. You were pulled over by the cops and arrested with a DUI. They did not call your parents to pick you up from jail – you have to post bail. YOU can call your parents for help, but again, at this age now, that is up to you to decide.

On top of that, your grades and class attendance may suffer. Administration will be aware of the situation. They can suspend, even expel you from school, but most likely they will not, unless this turned out to be a very serious situation and/or this is a constant habit of yours.

On top of that, you put yourself in danger; you put others in danger to. You got yourself worried, and you got your friends and family worried.

That is a lot for a college-aged student to deal with.

We are not saying or hoping this will happen to you; we are saying that it has and can. It may not happen exactly like this, but things along these lines can. Everyone has a different college experience. Some are less fortunate than others and get those few brushes with the law. Some are most unfortunate and do not get to see the end of college.

And these consequences does not stem from just underage drinking. It can stem from other harmful and illegal activity.

Our team here at SmartBail Bail Bonds does not want to scare you from having fun in college; we just want to caution you to make smart and sound decisions, WHILE having fun. We will be there to make sure you CONTINUE to have some fun even after being arrested (if that happens) because we will help bail you out of jail quickly.

Again, we hope you never come to this and have to call us for help, but if you do need a bail bond for yourself or a loved one, contact SmartBail Bail Bonds online or at 213-387-5566. Consultations is always FREE, so call us anytime and speak with one of our helpful bail agents. They will be more than glad to answer any questions you may have. While you are at it, ask about cheap bail bonds and discounts we offer. We are open and ready to assist you 24 hours a day, 7 days a week.

For a FREE consultation with a knowledgeable and friendly bail agent from SmartBail Bail Bonds, call 213-387-5566 or Chat With Us now.