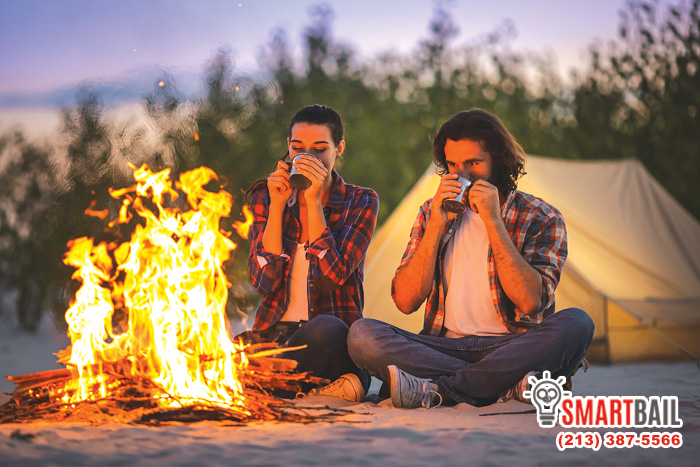 Camping is wonderful. Camping provides you with the means to connect to the earth and nature while also bonding with family and friends. The best thing about camping is all the great memories you collect during each camping trip.

The next time you’re about to hit the woods for an epic camping trip, keep these unwritten camping rules in mind.

Leave Your Site Better Than You Found It

It doesn’t matter if you’re a slob at home when you’re camping, you need to turn into a neat freak. Commit yourself to keeping each place you pitch your camp cleaner than when you found it. Not only does this ensure that the next set of campers who come along will also have a nice place to set up camp, but it also proves that you are environmentally aware.

Keeping the campsites cleaner than how you found it includes cleaning up after your pets.

California has had more than its fair share of fires. The last thing you want is to be the cause of the next wildfire. Making sure you douse the fire whenever you’re not sitting in front of is important. It’s a good idea to throw some water over the fire pit so that there’s no risk of a stray spark setting off a big blaze.

When you’re camping, take a little while to study your campsite. If the area is full of dry leaves, underbrush,= and grass, hold off on starting a fire. If a spark jumps out of your fire pit and sets some of the dry matter on fire, the entire campsite will go up in flames before you have time to spring into action.

The Camp Bathroom Isn’t Your Kitchen

A surprising number of people who use campgrounds treat the campground’s bathroom like it’s their kitchen. They actually use the sink to wash their dishes. If you’ve never done this, great! If you have, make sure you don’t do it again. Not only is the practice a health hazard, but it can also play havoc on the campgrounds plumbing system and it’s rude to other guests.

Be Respectful While Camping

You’re on a great camping experience and want to have a good time, but that doesn’t mean you should leave your good manners at home. If you’re using a campground, you need to be respectful. That includes things like:

Following these simple unwritten rules of camping will increase the amount of enjoyment you get on your next camping adventure.