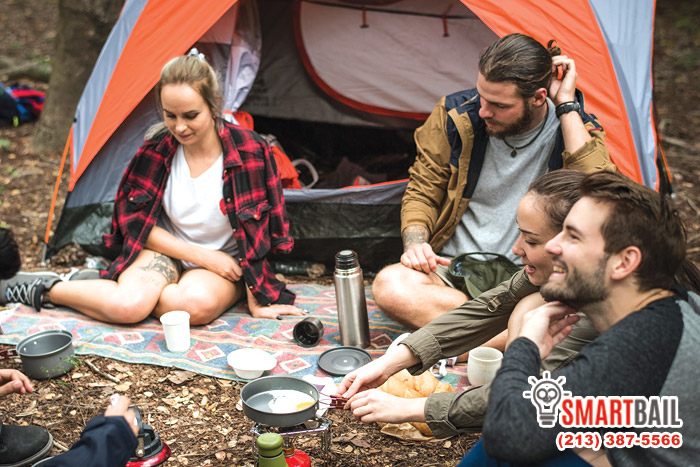 It’s that time of year for family vacations. The warmer weather brings out the outdoorsy side of some people. It’s the perfect time to let those people be outdoorsy and it would be fun for you to tag along too. The trip itself can be very relaxing.

Camping can be a fun experience, you get to try a different way of living. Of course, everyone is way more comfortable in their own beds and climate controlled homes. However, camping is a chance to rough it and live with nature. You can feel at one with the world around you because there are far less distractions. Being out with nature can be a really humbling experience. It is a chance to see how far humans have come.

Camping provides us with unique, delicious meals that can only be found outdoors. There is something about the smell of a campfire, and the taste of s’mores that can make just about anyone’s heart swoon. It’s not just the s’mores that are to die for, it’s the different way of making pancakes in the morning with bacon. The campfire and nature around you seem to season the food just right.

Camping doesn’t need to just be in a tent. There are plenty of ways to experience the outdoor world. If camping in a tent seems too rough for you, you can always rent a cabin, trailer, or RV. If you want to rough it more, you can always sign up for a horseback riding camping trip where you travel on horseback for several days, and can only carry what your horse can. No matter what your style is, there are plenty of ways to get your outdoors on.

Going camping may seem daunting at first, however, it can be a lot of fun once you figure it out. Doing stuff like this is where people get the best stories to tell their friends. No one wants to talk about how they leveled up in a game, but they will talk about the time they accidentally ate a bug.

Camping is a great opportunity to step away from all the distractions and get outside to breathe some fresh air.