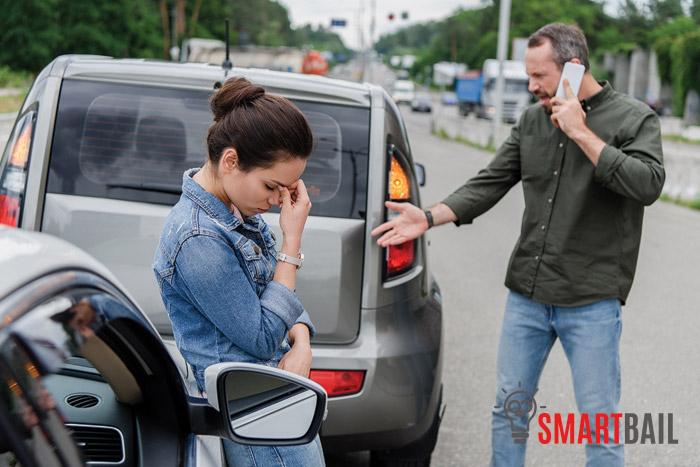 If you haven’t been in a car accident yet, you should consider yourself lucky. Considering how much time we spend behind the wheel, the odds are good that sooner or later you’ll be involved in one. Because of the likelihood of getting into a car accident, it’s important to know what the proper protocol is during an accident.

The first thing you need to do is make sure neither you nor anyone else is hurt. If there are injuries, call for medical help and do as much first aid as possible. During this, you should also contact the police.

When there are injuries, dealing with those should always be your first priority. Let the police handle writing up the details of the accident.

If there aren’t any injuries, you should still call the police, but while you’re waiting for them to arrive on the scene, take some time to create your own documentation of the accident. Thanks to the installed camera inside your smartphone this is easier than ever. All you have to do is whip it out and start snapping photos.

Having clear accident scene photos is extremely important. Unlike a police report that can be dismissed by a judge as hearsay, the photos you snap at the accident can be used during a civil trial. Your insurance company might even use them as they try to determine how the accident happened and who is at fault. The photos also help provide proof of who actually witnessed the accident.

When you’re snapping photos, you’ll want to take pictures of both vehicles, anyone who is standing nearby and the local landscape. Make sure you include shots of road signs, objects that could have helped cause the accidents, intersections and traffic lights.

As soon as you can, sit down and write your own account of what happened in the moments leading up to the car accident. You should do this even if you believe the accident was your fault. Once you’ve completed writing your own report, save it and the photos you snapped somewhere safe. It’s really in your best interest to store copies in multiple places, such as one set in a cloud storage unit, a few more saved to various email locations and maybe a hard copy in your filing cabinet.

You need to keep the photos and your account of the accident for a full two years. After two years, California’s statute of limitations for car accidents kicks in and you’ll no longer have to worry about a civil lawsuit.