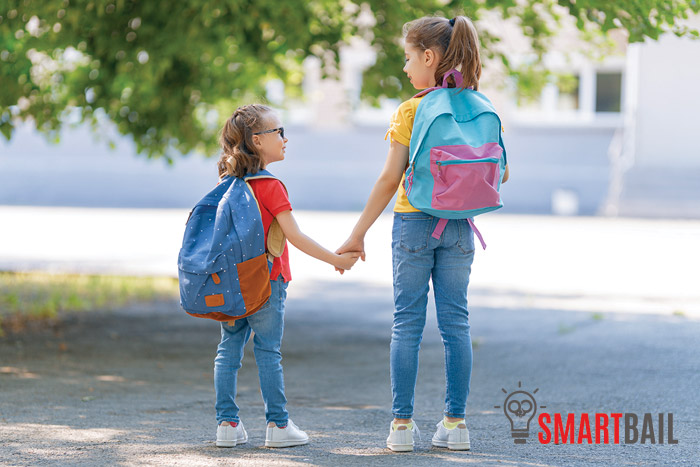 The threat of your young child disappearing when they go back to school is far greater than you imagine. According to Child Find of America, approximately 2,300 children are abducted every single day in the United States. The National Center of Exploited and Missing Children reported that in 2020, an estimated 1 in 6 missing children were victims of sex trafficking.

Stranger danger and abduction prevention lessons are something you and your children should always be working on. With the start of school, now is the time to sit down with your child and review everything they know about stranger danger and staying safe.

Abductors usually don’t bother with children who are traveling in packs, which is why it’s important to teach your child that they should always have a friend or two with them wherever they go. The more friends they have with them while walking home from school, playing in the back and riding bikes, the safer they will be.

Now is the perfect time to teach your child how to be aware of their surroundings. This is something you should do by example. Put your phone in your pocket and actively survey your surroundings when you walk to and from buildings. Teach your child to notice strange people that are hanging around places like the playground. Teach them to be particularly aware if they notice that the same person shows up in multiple locations your child is at and to let you know about this person.

Make it very clear that it doesn’t matter if a stranger has candy, is saying they are lost/hurt or has kittens/puppies to play with that your child is not to approach them. That their best course of action is leaving the immediate area and finding a trusted, familiar adult.

Teach your child to scream. If the worse does happen and a stranger approaches your child, the screams will cause the adult to quickly decide that your child isn’t worth the effort and they will flee the scene.

Don’t assume that just because your child is older that you no longer have to worry about abductions. According to the Missouri Child Identification and Protection Program, 81% of abducted minors were 12 years old or older.