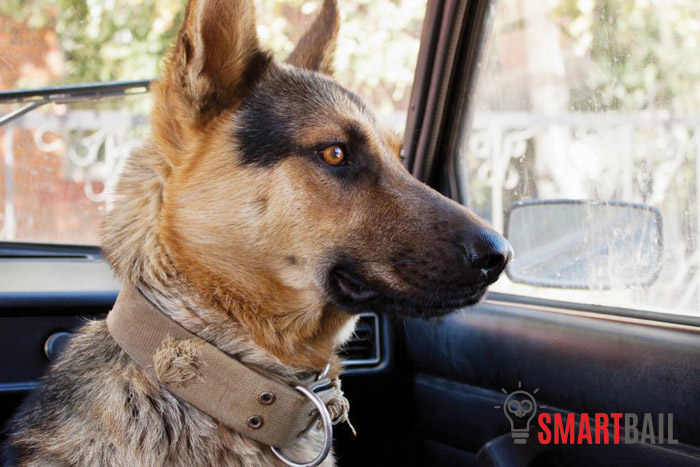 Dogs love their owners and want to be with them all the time. In an attempt to keep our dogs happy, many of us take them with us when we run errands. On cold days, this isn’t an issue, but now that it’s summertime, it will be a while before Californians experience cool days which means it’s time to rethink taking your dog along on your grocery store runs.

California lawmakers passed laws that make it illegal to leave your pet in your vehicle at any time that there is a chance that they will be hurt before you get back. This includes when the temperatures soar to a point that your vehicle turns into an oven.

This means that even when the outdoor temperature is cool, you can’t leave your dog in the car all day if they don’t have access to fresh food and water. You also can’t leave them in the car if you have items in the vehicle, such a plastic shopping bags or heavy items that could topple.

The heat simply makes things works. The problem in the summertime is that many dog owners think that since they’re only running into the store for a minute or two, their dog will be fine. That’s not the case at all. It doesn’t take long for the car to get extremely hot. As the car heats up, your dog overheats, and heat stroke becomes a real threat. If you don’t return shortly, your dog will overheat to death.

As soon as the temperature reaches 70 degrees Fahrenheit, you need to be careful. Studies indicate that on a sunny 70-degree day, the interior of your car can reach 115 degrees in less than 30 minutes. Dogs start to experience heat exhaustion when it gets to 103 degrees.

If it’s warm out and someone spots your dog in the car, they’re legally allowed to break your vehicle’s windows and rescue your pet.

The broken car window will likely be the least of your concerns. If the police get involved, you can be charged with a $100 fine per each animal that was in the car. The amount will be higher if it’s not your first offense. If the pet needs medical attention, the maximum sentence increases to a $500 fine and six months in jail. In many cases, you’ll also face animal cruelty charges.

Now that the temperatures are consistently staying above 70 degrees, it is in your best interest to leave your dog home when you’re running errands.